Musical instruments have traveling impulses going through the instrument body. A saxophone or trumpet sends out short pressure impulses from the mouthpiece which are reflected at the tube end, return to the mouthpiece and nonlinearly interact with the reed or players lips. A guitar string acts with short force impulses onto the soundboard, where the soundboard distributes the impulses to the different body parts, reflects them and returns them to the string again.

The interaction between the impulses constitute musical instruments to produce harmonic overtones at all. The impulse returning to a saxophone mouthpiece triggers the next impulse which looks the same as the one before. Although the returned impulse is strongly distorted which would result in an inharmonic overtone spectrum due to frequency dispersion, the nonlinear mechanism in the mouthpiece results in a synchronization of the frequencies, to a harmonic overtone sound.

With stringed instruments the impulse of the string acting on the instrument body is dissipated strongly and therefore does not have the strength to drive the string with the frequencies of the body. Furthermore due to the many reflection points in the instrument body the returning impulses are weak compared to the strong impulse on the string, which is only one-dimensional and therefore keeps the impulse energy together. Therfore the string forces the body to go with the strings frequencies, as the string is less damped and lower in dimensionality compared to the body.

The returning impulses might be regular as with a harmonic sound. Still they can become quite chaotic during initial transients, multiphonic sounds with bifurcations or in subharmonic or biphonations with the singing voice.

The Impulse Pattern Formulation (IPF) is a top-down method to calculate this impulse pattern acting in musical instruments. It takes a standpoint, say the top plate of a guitar, which distributes the impulse to other parts, which again reflect the impulse returning it at different time points with different strength. The IPF can take any standpoint, the string, the ribs, the back plate, etc. 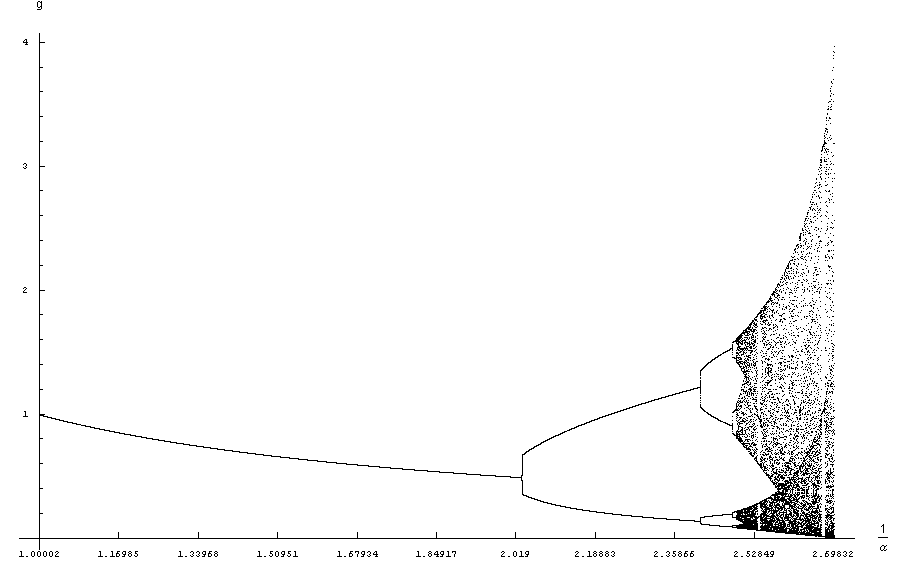 With two reflection points very complex patterns might be present: 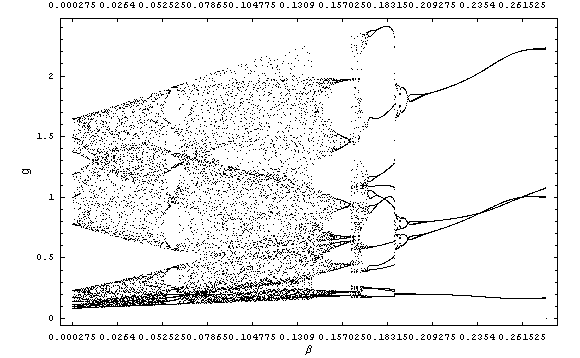 On the right are the FDTD time series of the different plates, on the left are the IPFs.

So e.g. the top plate comes in immediately, indeed it is the part with the hardest attack, while the inside air only converges slowly to its steady state. When a steady tone is reached the IPF does not change anymore, resulting in a horizontal line.

The IPF can be used to synthesize musical sounds easily by adding any waveform shape between two impulses. Here is the initial transient of a trumpet with amplitude raise and a spitting at the tone onset: 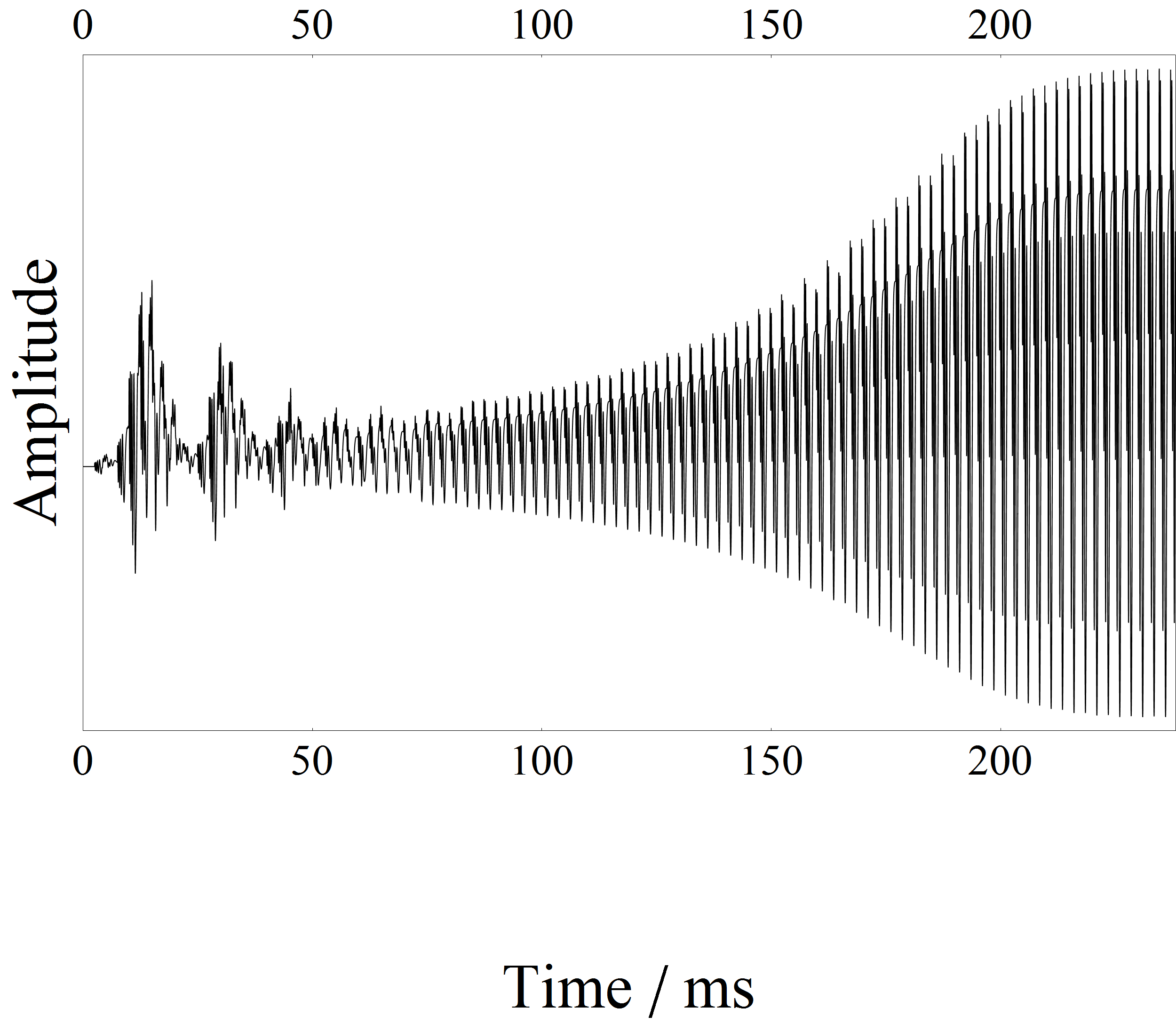 The IPF might also be able to model brain dynamics, as also the brain consists of impulses, the neural spikes. Indeed coincidence detection in the auditory nerve tries to reconstruct the IPF of musical instruments, as the IPF acting in the instrument is blurred through reverberation in rooms or the nonlinear distortion of the human ear.